How To Live Your Dharma And Why That Makes You Unstoppable

Is your life available for a worthy cause?

When you think about all the incredible possibilities that lay in front of you….

Does it make you excited? A little scared?

If you are, then that’s why you’re here.

Because you KNOW that you don’t get to that level of greatness by playing small.

At some level, there’s a desire, a yearning…something that stirred you. But you may not have given yourself permission to really engage with that desire.

If you’re thinking “what have I got to offer?”, then my answer is you have absolutely ALL of YOU to offer to the world – your unique gifts, talents and experiences.

You were designed to live in the flow of your Dharma. Your life purpose. Your destiny.

And you don’t get to live your Dharma by following someone else’s rules. That’s their life. Not yours.

This is about calling upon divine universal knowledge that is already within you. It is tapping into that source of Truth which will enable you to have the right thought, the right action at exactly the right time.

Fundamentally, living in the flow of Dharma happens in this sequence:

This is what it means to harness the power of the Divine, when you are 100% connected to your source of Truth. Your Being.

This makes you UNSTOPPABLE. This is the way of the Conscious Leader.

If this is the Awakening you desire, then  it would be my greatest honour to work with leaders just like you in a brand new program that has been created in response to the need of the times: We will go deep into….

Module 5: The Way Of The Rishi

Module 6: Leaving A Dent In The Universe

And we’ve saved the best for last.

Creating a powerfully conscious leadership platform doesn’t happen overnight; nor does it happen by chance.

Throughout this program, I will be pulling back the curtain on my own business and how I’ve built these conscious structures to support my own mission and message.

But the best thing is you will also get…

This is a packed, high-value 2-day amazing training that has been specifically crafted so that YOU can fast track the creation of your viable platform to support your Dharma.

If you’re asking “Why Live Events” – I’ll give you 3 reasons:

Meet Me in person and 5 amazing speakers who are the go-to people in their specific niches:

This speaker is the Founder and Managing Director of a leading Australian commercial modelling agency. She is a top young entrepreneur having been recognised several times for her achievements, being named as a Smart Company Hot 30 under 30 and most recently as a Finalist in the 2015 B&amp;T Hot 30 under 30. She has featured in the media and been interviewed across national TV, newspapers, magazines and online media platforms. She is a much sought after and passionate speaker on entrepreneurship, mentoring, breaking the mould and motivation.

This speaker has done business in 31% of all the world’s countries and was awarded the coveted “Global Coach of the Year” for 2009, 2010, and 2013. He was also awarded “Australian Franchisee of the Year” in 2010 and his latest achievements are recognised through the International Stevie Awards, where out of 60 nationa and in excess of 3,600 nominations he was awarded winner for the Company of the Year for Business Services category (twice) and the Chairman of the Year category.

He has over 17 years business development experience in a variety of industries with expertise in business strategy, marketing, sales, international business, foreign exports and human resource management. All steming from working in a diverse range of industries. He has served as a Director and Senior Manager on numerous management teams in Australia and the UK (of which he was the youngest Director in a 60 million GBP turnover company at the age of 25). He is also mentored by “Rich Dad” Keith Cunningham.

This speaker is a thought leader and expert in resilience and positive psychology. He has been featured in USA Today and the New York Times. He is also a Young Australian of the Year but back in October 2006, this speaker’s life changed forever – and it is this journey that enabled him to develop a mental resilience that gave him the tools to miraculously recover from this life-changing event. He generously shares what he disvoered on his journey with audiences who are captivated by his every word. He has a diverse background within the Australian Federal Government as a Youth Futurist and is a highly skilled musician despite his physical disability.

This speaker started out with degrees in Marketing and Psychology. For more than 15 of his 27 year career in brand development he has held senior management, Board Director and four Chief Executive positions at some of the world’s foremost strategic brand communications companies. During this time he has led brand development on accounts such as Mercedes-Benz, Metway Bank, Toyota, Time Magazine and counteless others that have defined some of the largest Australian companies.  Six years ago he founded his own company and developed unrivalled methodologies that best turn people and businesses into remarkeable brands through the magic of emotional connectivity. He has worked with over 130 CEOs, business leaders and entrepreneurs in developing their Best Self Identity.

This speaker is the award-winning CEO and founder of a leading Australian training and development organisation for leaders. She is one of Australia’s most sought-after speakers on the topics of gender equity and leadership development. Her audience report greater levels of confidence, courage and resilience from her presentations. She has a PhD in performance psychology and has inspired tens of thousands of people to create extraordinary lives and careers working with Westpac, Department of Environment Resources, Foxtel, TAFE, Bendigo Bank and the University of Adelaide to name a few.

There is virtually no other way to get access to these amazing leaders. Their normal billing rates are in the thousands and to have them speaking directly to YOUR mission and message would be near impossible unless you engaged them one-on-one.

It took me many years to get these insights and literally hundreds and thousands of dollars. But you don’t have to.  These key speakers will put you on the fast track – within hours.

If you have read this far, then I trust that this very personal message has moved you.

And YOU have to decide to take the next step.

Fair warning: Zen Academy is not for everyone. Any truly transformational program is never easy. Your stuff – those patterns and stories that you are in the process of reshaping – will come up. This program will stretch you, expand your potential, deepen your gifts to the world and explore ways in which you can bring your vision, mission and purpose to shape the world you want to live in.

Forging a path to become that Conscious Leader can be challenging especially if you are already having difficulties like a tough relationship or meeting your bills! Your inner critic will most definitely kick in with “Who am I to….” or “I can’t…”.

But the great news is that the path towards the best version of you; that Conscious Leader, is the only way to move past any ideas of limitation, lack and self-doubt.

Who, or rather, what you will become as a result of Zen Academy will be the key to your creating the very life you desire.

Today is the day you decide.

Today is the day you choose to step up and shape your future. Literally, to co-create the future you desire with the power of the Divine on your side.

Go ahead, click the button below to apply. There are a few questions waiting for you on the other side. It will help you get clarity on whether this is the path for you and it will also help me determine whether we are a fit for the next period.

We will review your responses and if you are fit we will confirm a time for us to speak. Let me personally help you get clarity on how you can truly be of the highest level of service to all who need you.

If I can’t help you or if you aren’t quite ready, for whatever reason, let’s be honest about that. We will certainly let you know if we think this program is not for you.

Above all, please realise that I cannot accept everyone. Numbers will be strictly limited. This program will be uniquely defined by those in it. AND I want to make sure that I am able to give each and every one of you exactly what you need.

So if you know this program speaks to you, then please don’t wait!

Click on the button below and let’s get started.

Zen Academy is my Dharma – to serve at MY highest level – creating inspirational Conscious Leaders in the world, just like you. No one else has a program like this.

I can’t wait to speak to you.

“In life you rarely get to meet someone who inspires, empowers and sees you for who you are and you for them. My good friend Tom Cronin is just that. He is committed to helping change the world…I absolutely love the The Stillness project and so will you. Get ready for a nothing short of phenomenal transformational experience. I am excited to be a part of it.”

“Learning to meditate with Tom has been amazing. It has changed my life!”

“Tom has taken some deep dives into the ocean of self. His wisdom and warmth inspires countless others, including myself, to do the same.”

~ Drew Heriot, Director of ‘The Secret’

“For anyone who has ever suspected that they were not living the life they were capable of, then sounds of stillness is for you. Meditation is a powerful way to begin the process of unlocking your inner potential. There is nothing mystical about it, if you start to remove layers of stress, you will become a better version of yourself. The mere process of looking inside, instead of seeking external solutions, is so simple you will have wished you started sooner.” 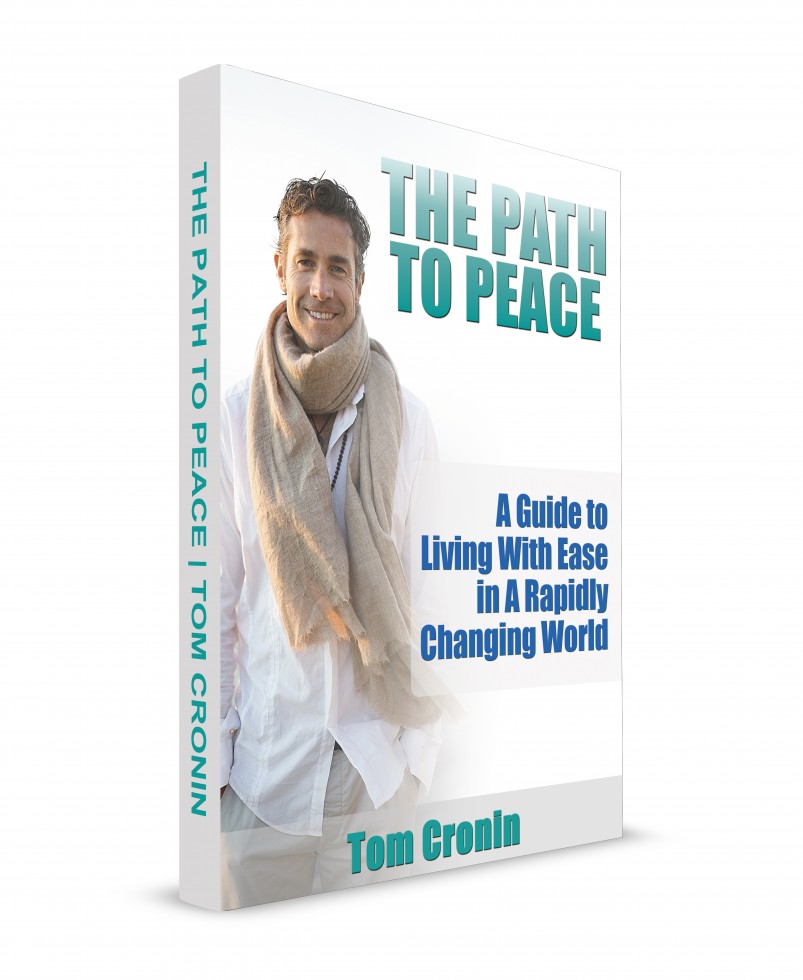